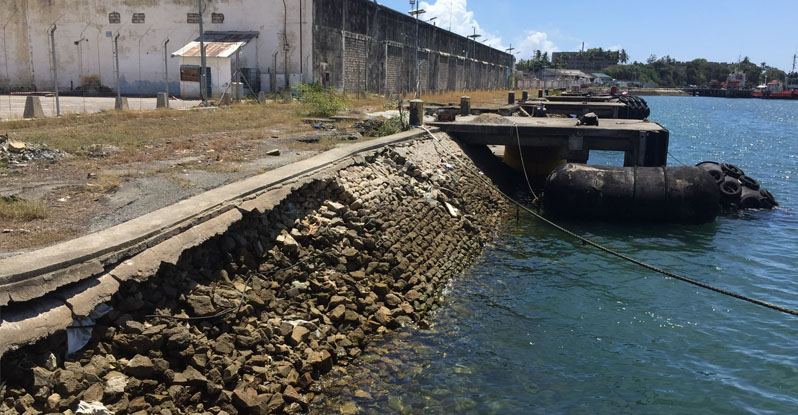 Condition of the old quayside at Berth 1. 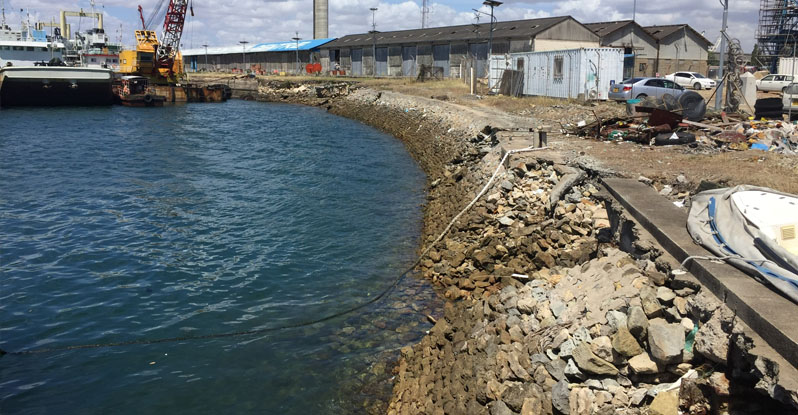 The existing dockyard at Berth 1 of Mombasa Port required urgent rehabilitation works to 0.5km of the deteriorating quayside. Strong tides and sea currents cause erosion, gradually wearing away coastal structures through surface erosion and undermining the base of a submerged structure. The existing quayside was no longer in a stable condition and unsafe to operate from. It had to be demolished to make way for a new revetment to be constructed.

New protection measures had to be designed to prevent erosion caused by hydrodynamic forces of the sea. Simply replacing the existing armoured rock layer was not an option, as the same erosion would occur over time, without a geotextile filter in place to prevent soil erosion from behind the rock layer. A rip-rap system engineered with a robust nonwoven geotextile to improve stability of the revetment with an armoured rock layer was implemented.

The client, Kenya Ports Authority, secured financing and the civil works commenced in 2016. Geotextiles East Africa was quick to supply the project with Terrafix; a robust geotextile designed for filtration, erosion control and scour protection. The selected geotextile has a mass per unit area of 650gsm to withstand armour rock of 55-60kgs placed directly on it. The armoured rock layer provides an effective cover layer over the geotextile. The 5.3mm thick geotextile encapsulates fine soils in it’s pores and stabilises the quayside from erosion. 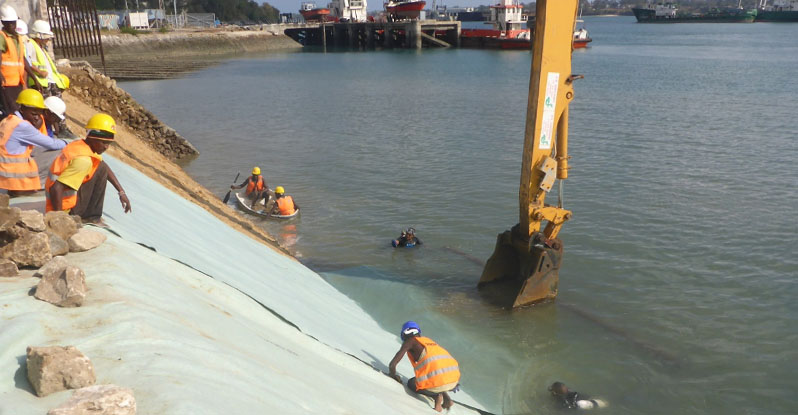 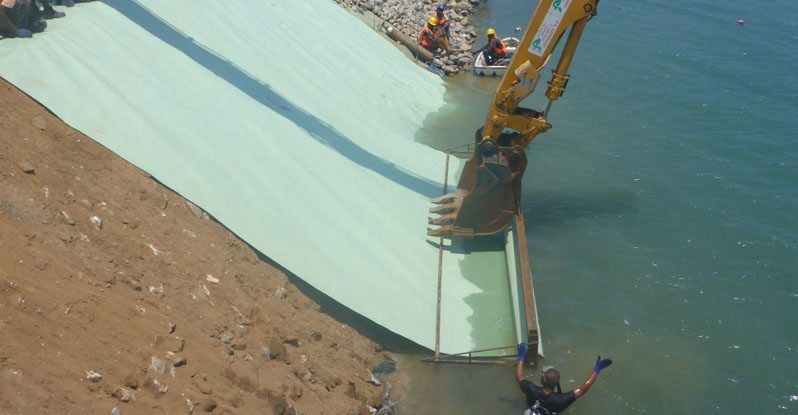 Due to the high abrasion resistance and elongation capacity of Terrafix nonwoven geotextile, the structure is protected from wave impact significantly increasing its longevity. GEA was able to provide a long-term solution to a problem that required a quick and durable response.

This soft engineering solution not only provides immediate results, but also provides long term benefits for our natural environment. Hard engineering options which use concrete produce high levels of CO2 emissions, such as reinforced or mass concrete walls. Second only to water, concrete is the most-consumed resource on our planet. At GEA, we provide alternative sustainable solutions. Contact us for more information about coastal erosion projects in Kenya, benefiting from our Geosynthetic solutions in hydraulic engineering applications. 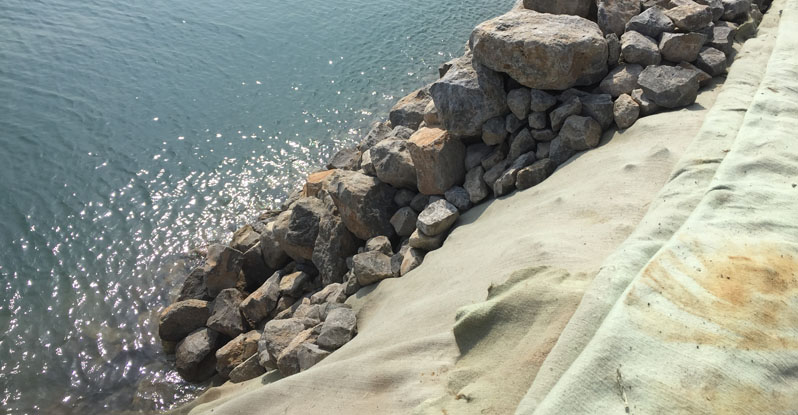 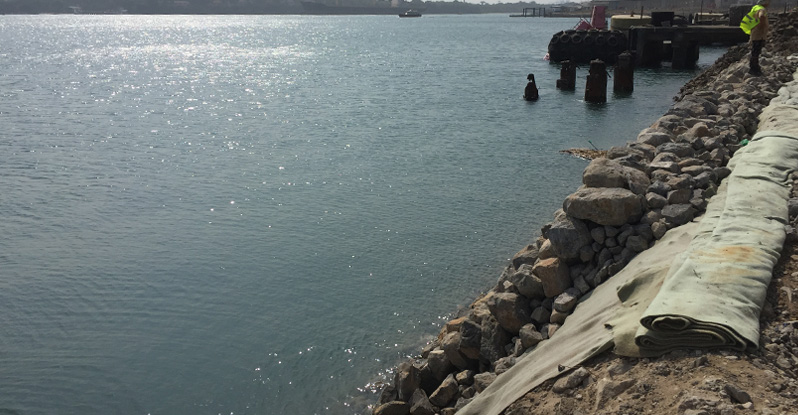 Find out more about the products used: